KEYED UP marks Bobby Broom’s 14th album as a leader, adding to his previous recordings which had success on US jazz radio charts, such as “…Plays for Monk,” his Deep Blue Organ Trio’s “Wonderful,” and his latest, “Soul Fingers.”
With the addition to the ensemble of Chicago keyboard whiz, Justin Dillard, “Keyed Up” expands Broom’s former acoustic trio, as well as his highly regarded, airplay friendly catalogue. 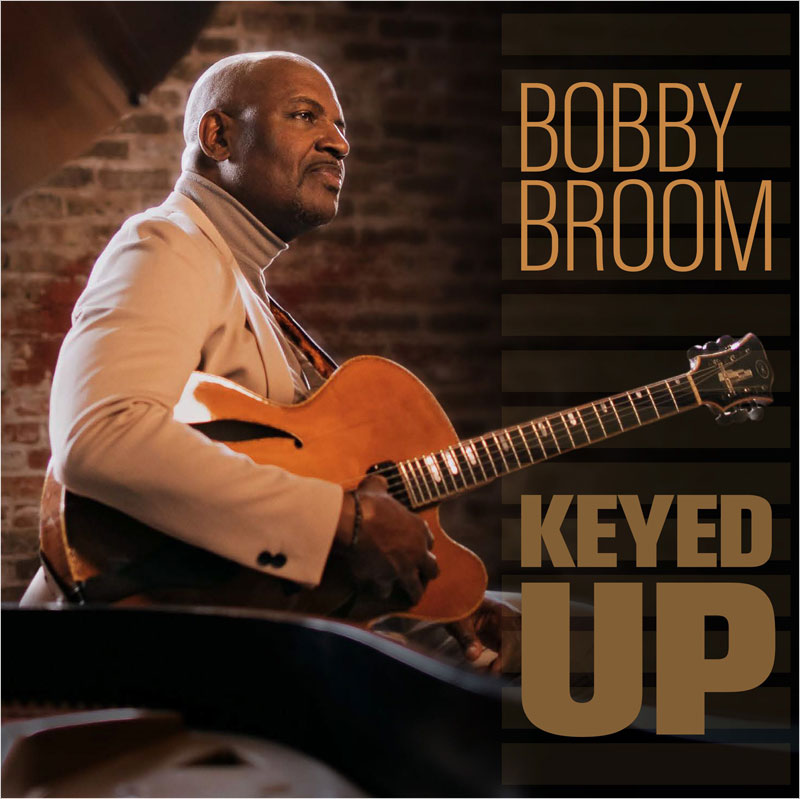 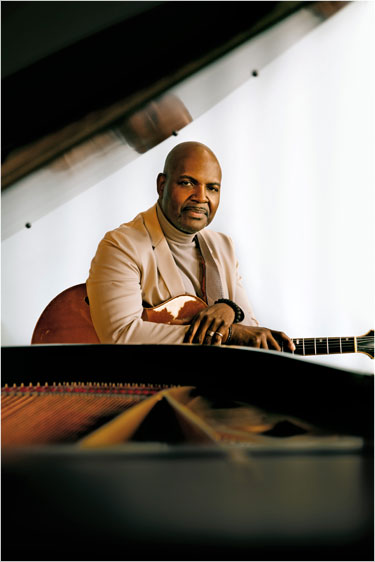 Bobby Broom was born in Harlem, New York, on January 18, 1961, and raised on Manhattan’s Upper West Side. He began studying the guitar at age 12, concentrating on jazz under the aegis of Harlem-based guitar instructor Jimmy Carter. A 16-year-old prodigy at the High School of Music and Art (now known as the LaGuardia High School of Performing Arts), he played in the jazz ensemble and was awarded for Outstanding Jazz Improvisation during his senior year.

Chaperoned by Weldon Irvine (an early mentor of his, composer for Freddie Hubbard and Horace Silver, bandleader for Nina Simone, and lyricist of “To Be Young, Gifted and Black”), the 16-year-old Broom found himself in an East Side NYC jazz club for the purpose of being taught to sit in. That lesson became a reality for Broom when Al Haig, pianist for Charlie Parker, invited him to join in for a couple of tunes. Impressed by the youngster’s playing, Haig offered him the chance to play with him at Gregory’s on the Upper East Side whenever he wanted. Broom ended up playing two or three times a week there, and also got to play, with great awe, with another notable Bird keyboardist, Walter Bishop, Jr.

Broom was soon pursued by an even greater jazz legend, Sonny Rollins, whose guitarist at the time, Aurell Ray, saw Broom play in Irvine’s musical, Young, Gifted and Broke, in Brooklyn, and arranged to have him meet Rollins. After playing with the tenor colossus at a rehearsal, Broom was asked to go on the road with him. Still in high school, Broom (and his parents) declined.

Sessions from Studio A – The Reggie Thomas Quartet

For those who missed it... Here's the beautiful pi

Please consider voting if you can. Thx #grammys #

#7 this week! Grateful to be in the conversation.

In 1992, Ronnie Cuber took this group into Birdlan

Today at 3PM CST we’ll premiere the “Soulful B

I was so glad to finally get to record this soulfu

On October 9th, I'll premiere the music video for

The new album will be available at all stores and

Part 2 of Bobby Broom talking about and practicing

I have beautiful memories of him and our relations

Bobby Broom gives a glimpse of his new (September

“I’m excited to you all to hear my new release